James is currently a student at San Francisco State University studying Political Science and Secondary Education. He is also a Student Leadership Consultant for a small organization based out of Murietta, Norm Hull & Associates, developing curriculum for teaching ASB leadership styles and critical thinking in a student leader’s context. He firmly believes and holds an understanding that education is the foundation of our community at-large and focuses his work in education on student leadership and engagement.

He moved to San Leandro just before his freshman year of high school, and immediately jumped into engaging himself with the local government. He worked with Mayor Cutter and the City Council on youth engagement and other sectors, and ultimately became an advocate for youth-related issues. In 2015, he joined a national nonprofit, Youth for National Change, as their Deputy Director of High School Outreach & Development. James was appointed Interim President & CEO in 2016 with the incumbent’s leave of absence, and he eventually departed from the organization the year after. Most recently he has worked on local political campaigns as a General Consultant.

He formerly sat on the San Lorenzo Unified School District’s Board of Education as the first Student Board Member after drafting, proposing, and getting the first of a kind policy implemented in the district. He served on various budgetary committees, the board policy study committee, and the LGBTQ+ Districtwide Support Team. The same year he served, he also played dual role as the Student Body President of San Lorenzo High School.

James is proud to serve San Leandro students and community on the Board, and is proud to encourage leading with kindness. Alongside his email, you can communicate with James directly and get updates on SLUSD Area 6 and district events at www.facebook.com/trusteejamesaguilar. 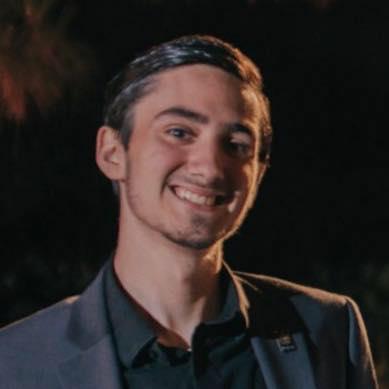